How Was Your Home Brew?

With much of Britain returning to varying degrees of lockdown, are you going to have another go at brewing your own beer? How did your first efforts turn out? Did your friends say the beer was good but then not finish the glass? Did your beer not taste quite the same as the stuff that you were not allowed to taste in the pub? 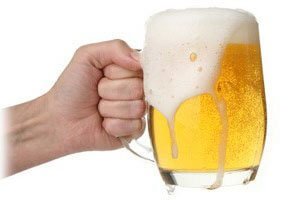 When folk discover that you are a brewer, one phrase that you do not want to hear is “You must taste my homebrew”. What you should never do is volunteer to judge the home brew class at a Summer Fete. Many years ago your blogger attended a local engineering firm at its annual family day. Judging was easy enough, the least bad entry won first prize but what I was not expecting was the onslaught of aggrieved entrants and their mothers asking why they did not win! Harsh truths were not welcomed at all.

There are a few things that home brewers must get right and these usually boil down to sanitizing, yeast health and temperature control. Probably the most important is scrupulous cleanliness. If it looks clean, it probably isn’t. Stray bacteria and wild yeasts will thrive and produce unwanted flavours. Contact surfaces obviously need to be sterile but do not forget your saccharometer, thermometer and any siphoning tubes. 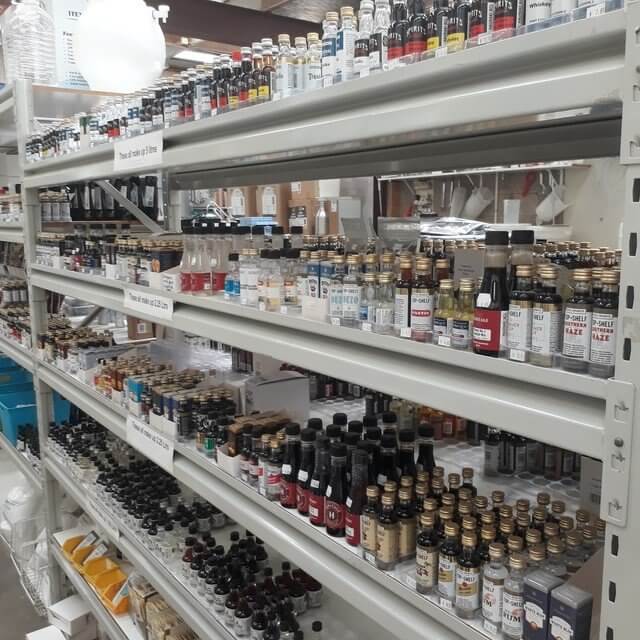 Use your local homebrew supplier, this is Brewerscoop in New Zealand

No-rinse proprietary products with sodium percarbonate (releases hydrogen peroxide and the active oxygen destroys the bugs) or benzene suphonic acid are the easiest to use. You could grind up some Campden tablets which release sulphur dioxide but they will need a rinse before use. Best not to use chlorinated bleach as, if you do not rinse effectively, your beer may finish up with an unwanted medicinal taint of TCP.

Bugs floating around in the air can gain access if you fail to keep your fermentation covered. A particularly hazardous period is during wort cooling when there are loads of nutrients and no competing yeast. If your brew smells of parsnips it is very likely that something unwanted got in after the boil and before the yeast was added. 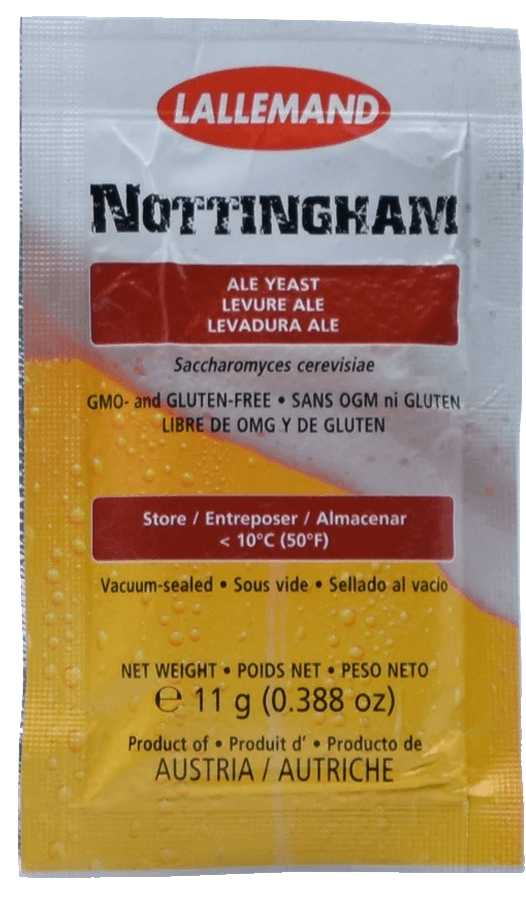 Yeast is pretty key to a successful fermentation, if that does not start, was the dried yeast already knackered or did you knacker it? Brew kits come with a little sachet of yeast but has the supply chain been kind to it? After all, some bears do die during hibernation; so if you are really serious about home brewing there is a choice of yeasts at your local homebrew shop or else you can order on line.

Drying yeast is stressful for the cells and hoaxing them back to life must be done carefully. Follow the instructions and do not stir vigorously while the delicate cell wall is rehydrating. Starting the yeast off in a smaller vessel allows you to see bubbles and know that you have a viable culture. If the yeast is OK but the fermentation does not start, the wort may have been too cold or else if was too hot the high temperature will have killed the yeast cells.

A typical starter kit for home brewing. On the right, someone is getting a bit keen 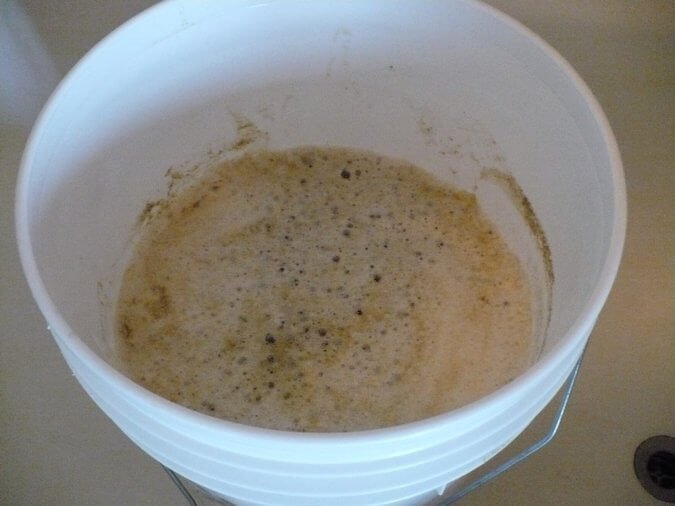 Your fermentation may well stop if the temperature drops more than a couple of degrees so make sure your fermenting vessel is well insulated and do not start off too warm if you cannot maintain that temperature. Lager brewers start as low as 8oC but admittedly the process does take a lot longer. If it gets too hot, the yeast thinks it is on holiday and will produce alcohols and esters notorious for giving you headaches the following morning and the beer may smell of paint stripper the night before! Beware also being tempted to add more Tate and Lyle than the recipe demands as this is totally fermentable and your drinking buddies may not appreciate the extra kick. Moderation is the key, no extreme flavours.

So no unwanted bugs have got in, the yeast is in a healthy state and the fermentation has finished as shown by steady saccharometer readings around a quarter of the gravity you started at. Still the beer will be ‘green’ with diacetyl (butterscotch), acetaldehyde (green apples) and farty sulphury notes. It is best not to take the beer off the yeast sediment straightaway but wait for another day or two for the residual yeast to remove these compounds itself. 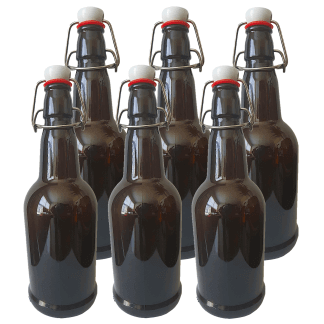 Most kits make 40 pints which is a lot to drink on your own so home brewers will use bottles. Flip top Grolsch bottles are good, you can buy similar from the Range or else wait for Christmas offers on German flip tops in Aldi. Crown caps are easy to apply with the right crimping tool but beware using too much pressure as reusing modern one trip beer bottles can be hazardous as the glass is a lot thinner than in the old returnables.

Residual yeast and a spot of added priming sugar will allow carbon dioxide to build up and add sparkle to your beer. Once you have siphoned the beer off the yeasty sediment on the base of the fermentation vessel, there should be sufficient yeast in suspension for this ‘conditioning’ process. You need to take more care over the amount of residual sugar for the remaining yeast to ferment. Too little and the beer will be flat, too much and beer will fob uncontrollably and in extremis the bottle will explode! The archetypical bottle conditioned beer Worthington White Shield adds 4.3o of gravity in the winter and 3.8o in summer before bottling but there are on-line tables to guide you. About five grams of sugar per 500mL bottle should be enough. 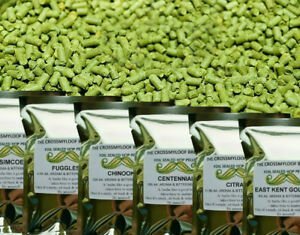 Many artisan brewers are playing around with different hoppy aromas encompassing piney, grassy, citrus, stoned fruit and the like. Home brewers will be tempted to follow but in the commercial world hops are kept cold and often stored under a protective atmosphere of inert nitrogen gas as they are very prone to oxidation and loss of the aroma. Be aware that someone has broken the bulk and weighed your hops into expensive plastic bags. These let in the light and the oxygen in the warmth of the shop so try to buy foil sachets with the air removed.

Many of today’s small independent brewers started off in the kitchen or garage. In less than a dozen years Martin Dickie and James Watt at Brewdog moved from brewing beers they liked at home to three breweries on three continents shifting some three quarters of a million hectolitres a year. If you fancy joining Britain’s 2500 breweries, make sure you get the basics right – know your materials, keep everything spotless and do exactly the same thing time after time. Otherwise the pub beckons!