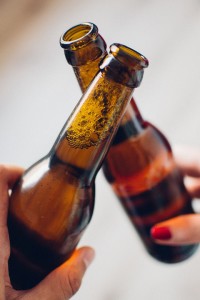 The craft beer industry continues to grow at a rapid rate.  In the  past 8-years, the United States craft beer industry has posted double-digit growth and now represents 12% of the total beer market in terms of volume. In the United Kingdom, there are now more than 1,300 craft breweries — more per capita than any country. The total number of craft  breweries in the UK is also increasing by an astonishing 10% per year.

This incredible level of success has caused a boom in the number of jobs available in the industry. Independent brewers around the world are employing thousands of brewers, managers, salespeople, and marketers each year.

The industry is also employing many young people, creating a new generation of skilled brewers who will deliver some innovative and delicious products in the years to come.

The Uniqueness of Craft Brewing

The modern craft beer movement began in the 1970s in the United Kingdom. It was started by beer lovers who wanted to brew their own beers and experiment with different flavours. These kinds of small, independently owned breweries were referred to as microbreweries.

The craft beer industry is known for its diversity and quality. There are thousands of different beers to try, each one lovingly crafted in a unique style. Craft beers often have strong flavours and distinctive styles.

The Kinds of Jobs Available in the Craft Beer Industry

Because of the small size of microbrew- eries, staff members are often in multi- disciplinary roles where they perform different kinds of work. For example, a brewer may also be involved in the marketing or sales department at a small brewery. Larger craft breweries tend to have more specialised roles in place.

Craft breweries also tend to have a more hands-on brewing process. They don’t use significant levels of automation. This hands-on approach means they require more staff to produce the same amount of beer. This also means that the industry is hungry for more workers. The most in-demand roles in the craft brewing industry include:

There are plenty of brewing positions available for people who wish to move into the craft beer industry. The sheer number of breweries gives workers many options and levels of entry. Typically, craft breweries are looking for candidates who are creative and innovative. They want brewers who are willing to think outside of the box and create a unique product that consumers will love.

Because microbreweries are operating at a much smaller scale than other breweries, the processing and packaging process is usually more hands-on. In most cases, workers who are involved in packaging will also have roles to play in plant maintenance and general brewing operations. Engineers and people with mechanical skills are very much in- demand for these roles.

Most microbreweries only have a handful of managerial positions and in some cases, the brewers or owners fill these positions. As craft brewing companies grow larger, they tend to require highly trained managerial staff with experience in the food and beverage industry.

The managerial roles most in demand include general managers, financial managers, operations managers, sales managers and marketing managers. Because there are so many successful new craft breweries that are expanding, demand is expected to be high for managers in the coming years.

Most craft brewers match the uniqueness of their beers with interesting and unique branding. The branding of craft beer is designed to stand out on the shelves and often tells a story about the brewery.

What kinds of qualifications are required to get into the industry?

There are a number of certificates, degrees and post-graduate qualifications available for people interested in pursuing a career in the brewing industry. Some courses focus on beer production while others provide additional training for marketers, salespeople and managers who wish to find employment in the industry.

Some of the most reputable courses are provided by the Institute of Brewing and Distilling, Heriot Watt University, Nottingham University, Brewlab, Campden BRI, Doemens Academy and Weihenstephan.

The future of the craft beer industry is very bright and there are some great employment opportunities available. It is an exciting industry to work in and the people who work for these breweries are some of the most creative, friendly and passionate people on the planet!

Written by Julie Carling. She has worked at the International Brewers Guild for 10 years before forming the Carling Partnership, during which time she also built a boundless network of contacts within the brewing industry. The Carling Partnership (CPL) is a leading search and selection company working with and for the drinks industry.