Jobs In the Craft Beer Industry 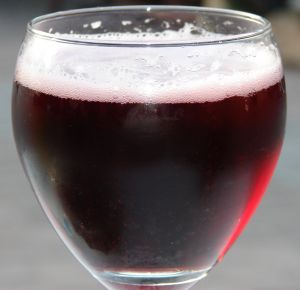 Craft Beer is a term that has grown significantly in popular usage in the last couple of decades. A term that is used to describe beer that is made by a brewery that is independent, traditional and small; it’s far from a new concept.   Often called microbreweries, the breweries that make craft beer, by definition don’t make beer in large quantities. The whole craft beer movement in the UK started way back in the 1970’s but has really taken hold in the last 20 or so years when seeking out something different and something ‘new’ has become a major trend in the food and beverages sector.

The key selling points of craft beer are typically quality and diversity, rather than mass-market beer producers who rely on price competition and mass advertising to make their brands to stand out. When it comes to jobs in the craft beer industry, like any small-sized operation they are varied and often call for a multi-disciplinary approach. At an extreme level, a very small microbrewery may well expect the same person to carry out a range of tasks, whereas one of the medium to larger sized microbreweries is more likely to be able to justify specialisms, at least in certain areas.

When it comes to seeking employment in the craft beer industry, the areas you’re likely to come up against are:

Brewing jobs vary from junior to senior roles and at senior levels you can expect to be asked for relevant degrees and many years of experience, particularly in the craft brewing industry. Because these breweries are making their mark by being different, they typically seek out candidates who have innovation and creativity running through their veins, not to mention great taste buds. While head brewers in such breweries will typically be sought out because of their reputation and track record, assistant brewer and junior brewer positions often come to the market. The key to standing out in this marketplace is an intimate understanding of this niche and the drive and determination to be different.

Microbreweries, by implication have all the processes and packaging requirements of any mass-market brewery, but on a much smaller scale. As a result, Plant Maintenance roles, Operations roles and Packaging roles may well be split with other more general duties in some of the very small breweries. In the mid-sized to larger breweries however, there is likely to be as great a need for a healthy number of engineers, packers and processors as there would be in any large-scale operation. In fact, when it comes to packaging, many regional and larger breweries offer packaging facilities (a service known as contract packaging) and craft breweries often take advantage of these facilities as it is more cost effective than installing their own packaging facilities on site.

Once again, in some of the smallest microbreweries the management ‘team’ will be made up of one, or in some cases only a part time manager who undertakes other duties when not carrying out management tasks. Bigger breweries will however have the need for the usual range of management positions eg. General Manager, Financial Manager and Operations Manager as well as Sales and Marketing Managers. Once more, to stand out in this niche, you’ll be expected to demonstrate an understanding of the whole brewing process; from raw material to point of sale promotion.

The Craft Beer industry relies less on advertising than the big brands, but still needs to find and establish a successful route to market. From this point of view, sales and marketing roles tend to be more ‘global’ in the sense that one person is likely to be responsible for sniffing out leads and pitching to those leads with a view to closing the sales and increasing the product’s market share. It is worth noting that more and more social media is being used to ‘market and promote’ craft beer, so a good knowledge of these channels would be advantageous). As a candidate, you should have a good all-round understanding of what it takes to make a splash with a small product

While it isn’t the case for every Craft Beer, a general rule of thumb would be that a job in this industry calls for a hands-on approach, whereby the candidate is prepared to occasionally roll up his or her sleeves and do tasks that are perhaps outside of their specialism. Whilst this mightn’t suit every candidate, it is a great opportunity to get an overall understanding for the modus operandi of this wonderful industry.