Once there was mild and bitter, then along came lager. The last fifty years has seen a proliferation in styles driven by the craft beer movement. Materials and the process lead to differences in appearance, aroma and taste and each beer has its own aficionados.

Today we collectively know a lot more about health and nutrition which has led to a booming market in what brewers call life style or functional beers. These would encompass gluten free, low alcohol, no alcohol, diet, organic, vegan and sports beers. These may have categories assigned in beer competitions but they are market segments rather than individual styles. They are brewed to match mainstream products for those who have to purchase them (coeliacs) or those who choose to do so.

Back in June we looked at growth of the market for nolos – non and low alcohol products so now is a good time to look at the others.

Gluten-free beers are increasingly available for those with coeliac disease which is the most common genetic disorder in the Western world. Sufferers cannot digest certain proteins derived from dietary wheat, barley, rye or oats. Intestinal proteases are unable to hydrolyse them and the resulting irritation can cause serious lesions. It is an autoimmune disease that affects about 1% of the population and may lead to damage in the digestive system. However, 0.5-13% of people may also have non-coeliac gluten sensitivity, a milder form of gluten intolerance that can still cause problems with digestion and can also lead to tiredness, headaches, skin problems even anaemia.

Although much protein is degraded during malting and brewing, many beers will contain more than the FAO maximum of 20ppm. The antibody-based test is tortuous and as yet is not ideal for beer. Some brewers will increase the level of maize or sugar in the grist, reduce the gravity, get one expensive analysis done and declare a gluten-free status. Others will concoct ‘beers’ from cheap alcohols, hop extracts, sugars and liquid malt extracts.

The offending amino acid sequences which affect coeliacs contain proline as do beer proteins which polymerise with polyphenols to produce haze in the final package. The use of a proline-specific endopeptidase is able to break them down. DSM’s Brewers Clarex is widely used to stabilise beers during the maturation process and can also be added specifically to reduce the short peptides containing proline to smaller components which do not affect coeliacs. Beers produced by such a process are best labelled as ‘gluten-removed’ rather than free.

Coeliac disease is painful so many sufferers steer clear of cereal brews completely and buy beers mashed with a substrate which does not contain gluten; like sorghum, buckwheat, chick peas, millet, cassava or even potato. Incidentally Japan’s ‘third way beers’ which attract a lower tax rate (until 2026) would be gluten free, as these products contain no malt at all but use pea or soya flour and sometimes with added shoju spirit. Lion in Australia have overcome numerous technical challenges and have a beer whose entire carbohydrate substrate is rice. Malting of some of these carbohydrate sources can be technically difficult and frankly the beers do not yet taste much like the mainstream but work continues to try and match them effectively. 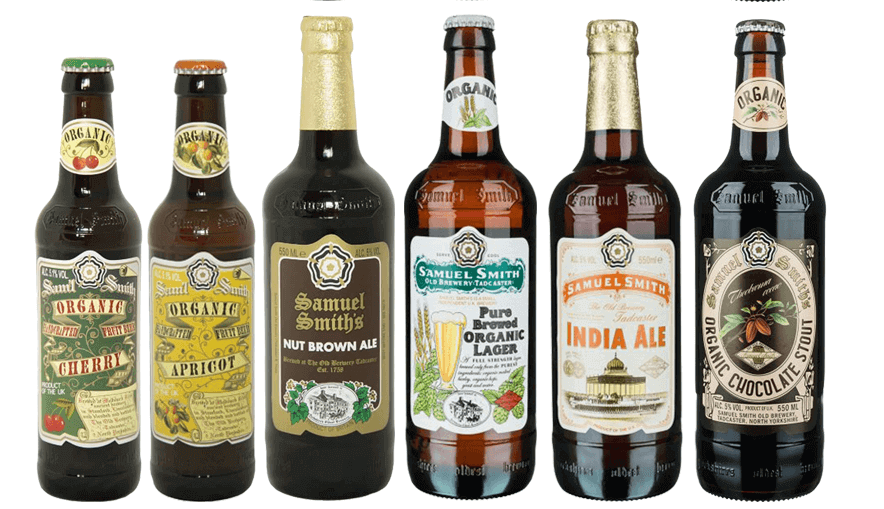 Organic materials must have been grown with no chemical fertilisers or pesticides and should certainly not be genetically modified. The biggest problem with brewing organic beer is the yield of materials from the field. The crop risks being lower in yield and ravaged by pests both fungal and insects. The price is therefore higher and the quality may not be as good. Dealing with the latter may entail more processing and hence increased production costs on top of the more expensive raw materials. The full range of hop aromas expected in a modern portfolio can be particularly difficult to procure organically.  Add to that the cost of certification and keeping organic materials and product rigorously separate from more traditional products. Recycled residues from elsewhere in the process cannot be added to the organic stream. The regulations recognise the difficulties in sourcing every single addition organically and some 5% by weight may be non organic. The list is tightly controlled but for brewers includes salts, carrageenins, alginate, isinglass and filter aids. Luckily water is not defined as a beer ingredient! Most buyers who want to help the planet and think organic beers are better for them probably do not know they are not necessarily a full 100% organic.

Having said all that, there are many very respectable organic beers out there, probably fewer lagers than ales. Stroud, Organic Brewhouse (Cornwall) and Black Isle are all organic with the latter growing its own barley. Amongst the larger regionals Sam Smith’s in Tadcaster has a good portfolio and St Peters caters for a number of lifestyle choices in having gluten-free and low alcohol products as well as organics. 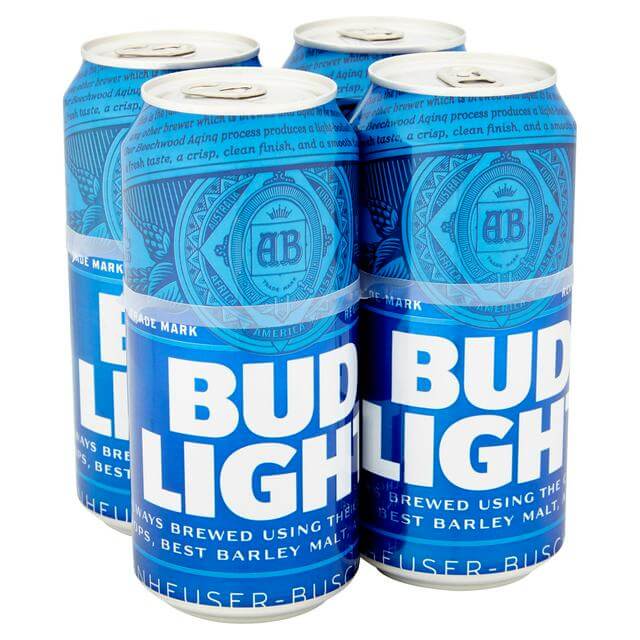 Diet conscious drinkers will go for low carbohydrate beers where residual carbohydrate is fermented out by the addition of amyloglucosidase or else an extended mash regime with a series of temperature rests in the early 60os will produce a more fermentable wort if you do not want to use added enzymes. Coors Light, Bud Light and Miller Lite are all big brands at around 4.2%ABV and 100 kcals for a 12oz serving. Further dilution gives Miller 64 some 64 calories at 2.8% and Becks Premium Light the same but at 2.3%ABV. At 2.8%ABV, the alcohol alone contributes 55kcals so there is precious little else to contribute any flavour! Sadly for American drinkers, it is not obligatory to add %ABV to beer labels and Bud Light remains the world’s second largest beer brand behind China’s Snow Beer. 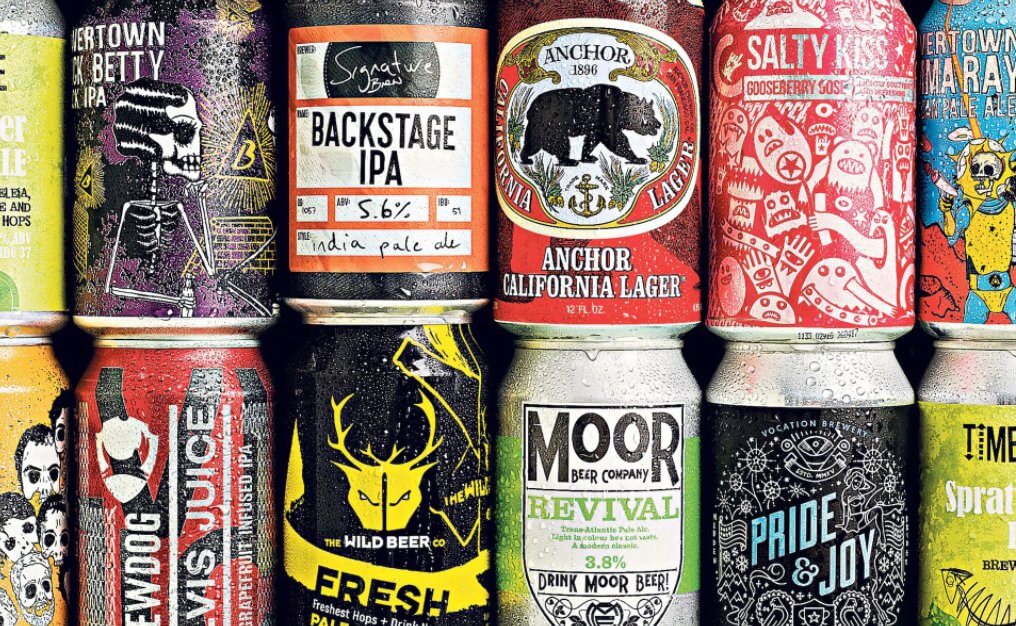 Many think that beer, made from malt and hops would be vegan friendly. Yet those eschewing anything derived from animals should look at the bottle label as many beers are fined to remove the residual yeast using isinglass which is obtained from the swim bladders of various oriental fish species. Brewers have tried using sausage skins but they are not as good and are hardly vegan friendly either!

A few years ago, fish products were decreed as potentially allergenic and hence would have to be detailed on the label. Many brewers decided to do without isinglass, using centrifugation and filtration to remove excess yeast, so today many of the world’s most popular beers are vegan friendly. The UK’s cask beer brewers fought back and as the fish protein does not get into the finished beer and that there were no documented instances of an allergic reaction to beer, isinglass got an exemption from the need to add its presence (or absence) to beer labels. Apart from Mercers Meat Stout all beers will be vegetarian but not necessarily suitable for vegans, look out for the label. 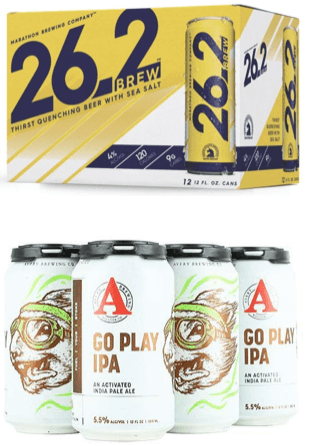 Brewers have long thought of promoting beer as an ideal tonic after taking vigorous exercise. All beer has electrolytes and nutrients. The body will want to replenish glycogen supplies and may well have lost sodium during sweating and of course will crave fluid. Alcohol is a diuretic and slows recovery so beer needs to be mid or low strength. Brewers have to be careful as they cannot say an alcoholic product is healthy, so they market them as something that you can drink to refresh and restore yourself after a run.
So another craze in the States involves so called electrolyte or sports beers or even race day IPAs! Beer’s natural salts are enhanced (particularly magnesium, sodium and potassium) and sweetness may be added with fruit juices. Rally Golden Ale apparently pairs well with beads of sweat. Sufferfest in California even adds bee pollen with its supposed antioxidant and anti-inflammatory properties. Colorado’s Avery Brewing has Go Play, a so called ‘activated IPA’ with added sodium and potassium. Most products will include such ‘superfoods’ as sea salt, black currant, yerba mate, matcha and cayenne.

An enterprising brewery in Serbia surmised that 80% of the world’s population relied on herbal remedies so why not add other things to beer. They tried silver birch, lime, thyme and oregano with angelica, artichoke, anise, juniper and cloves to try and balance the flavours.

Boston Beer has produced its 26.2 for the last eight years to celebrate the famous Boston marathon. It has coriander and Himalayan sea salt – perhaps during an earlier period of global warming Mount Everest was by the sea! The beer is badged as a gose so maybe the medieval Germans knew a bit about recovery after exertion!