The March Of The Nolos

There has been phenomenal growth in low-alcohol products and at last a sector of the beer market is in growth. 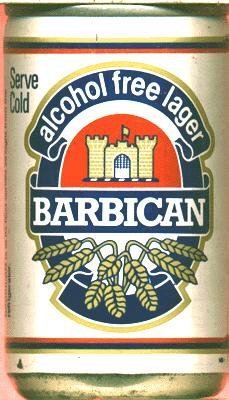 When the cricketing reverend David Sheppard first heard of Barbican he likened non-alcoholic beer to a non-female woman! But with lucrative contracts with Saudi Arabia up for grabs Bass persisted and was joined by St Christopher, Kaliber and the extraordinarily worty Clausthaler. This came along in 1979 and Barbican appeared in 1983, it is still produced in Dammam in Saudi and Dubai in UAE. Older readers will remember that these products were well below standard with cooked and oxidised flavours. They would have been a true distressed purchase.

Yet today, there has been a 30% leap in sales of no or low-alcohol beers since 2016. So-called ‘nolo’ drinks were tipped to be the UK’s biggest trend for 2020, driven by 18-24 year-olds drinking less alcohol or switching to no or low-alcohol substitutes. SIBA says that one in three young adults have cut down while a record 23% are now teetotal. As a nation some 17% say they do not drink alcohol. A separate study by Euromonitor has shown that the UK market for no and low-alcohol beer has doubled in four years, with sales of £63m estimated for 2020. Non-alcoholic spirits sales were up 88 per cent and cider 30 per cent last year, again, from low levels. We are someway behind Spain, there the nolos have 18% of the market, in Germany, it is around 8% but still less than 1% in Britain. 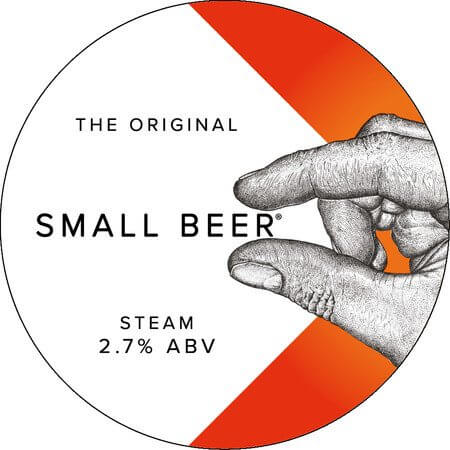 According to UK regulations ‘low alcohol’ beer must be 1.2% ABV or below, ‘alcohol free’ is 0.05%ABV or below and ‘de-alcoholised’ for 0.5%ABV or below. Strangely most of the rest of the world has alcohol free at less than 0.5% so an alcohol free beer from overseas on the shelves here could not be called that if it was brewed in the UK! In Finland they allow up to 2.8% while in the States alcohol free beers must have no detectable alcohol at all.

The current trend is due to increased health consciousness (both physical and mental) as much as wanting to avoid the discomfort of a hangover or reduce calorific intake. If you’re avoiding booze for any reason but don’t want to attract attention or simply want to take a break between alcoholic beers, an alcohol-free beer is a good option. It can also help the wallet, with no duty below 1.2%ABV low-alcohol beer should be cheaper than alcoholic alternatives, in the supermarket at least. There is a widely-held view amongst those who like to drink full strength beer that low alcohol beers have got infinitely better.

According to researchers at Wageningen University, alcohol-free beer has the same effect on the brain’s pleasure centres as the genuine article. Tests on a group of drinkers in an MRI scanner found that the taste of beer was enough to activate the brain’s reward pathway, regardless of whether the drink contained alcohol. 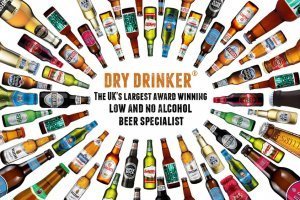 London-based Big Drop is enjoying bumper growth with a range of beers that includes lager, pale ale and IPA. Its dark stout (0.5%ABV) won a prize at the International Beer Challenge actually beating full-strength rivals! Similarly, BrewDog has enjoyed success with its low-alcohol Nanny State pale ale and has even opened a non alcoholic bar in Old Street in London. Stuart Elkington started a specialist online shop, Dry Drinker, in late 2016. The website launched with nine products. He now has more than 250 and the business continues to grow.

Southwold brewer Adnams could double production of its famous Ghost Ship 0.5% drink by 2022 – meaning low-alcohol beer could make up 15% of its production. It is currently its fourth most popular brand from a standing start in June 2018. Admittedly the full strength version is outstanding which must have driven some shelf picking.

The company also sells low-alcohol wines and works with a Aston Manor to produce a low-alcohol cider.

There is a duty break below 2.8% and the Small Beer Brew Co specialises in classic beer styles below 2.8%ABV and is now selling on draught at many of Fuller’s pubs in London and did particularly well during Dry January. While small-scale brewers are tapping into this market, the world’s big boys have been quick to spot the opportunity. Diageo has made a splash with its non-alcoholic spirit Seedlip while Carlsberg, Bavaria and Heineken have all launched their own nolos.

The biggest challenge for any alcohol-free beer is delivering the same flavour as its alcoholic counterpart. Drynks Unlimited has installed equipment in Robinsons Brewery and aims to make 0.05% alcohol products; its founder Richard Clark said the last 0.5% ABV of alcohol is “the hardest part to remove,” which is part of the reason that many de-alcoholised, low ABV drinks have an ABV of 0.5% higher. “Very few are truly 0%,” he said. Let’s see how they are made.

Arrested fermentation and low temperature vacuum distillation have come a long way since those early days and with reverse osmosis and nano-filtration joining processing techniques the resulting non-alcoholic products are much improved which leads to bigger sales. 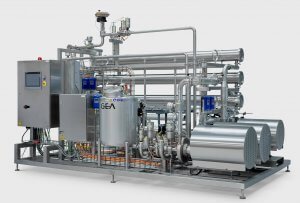 Production methods remain the same, you remove alcohol from an existing beer or engineer it that less alcohol is produced in the first place. The former methods include membrane technology or thermal treatments. Distillation methods work at 30 to 35oC and the equipment is designed to make the liquid thin enough to strip the alcohol efficiently; there are spinning cups, static cups, metal meshes and falling films. Some will fractionate the volatiles further to separate the alcohol and add back everything else which has been driven off. Needless to say all manufacturers claim that their method is the best! However all these processes do put some thermal load on the beer while membrane filtration is carried out cold. Adnams use reverse osmosis but do tweak the fermented beer to leave a higher present gravity and pH which will increase later palate fullness but nothing is added back to the stripped product.

For beers with low alcohol in the first place; mashing at over 75oC will prevent beta amylase working so that worts will be low in maltose and hence a lot less fermentable. Worty flavours can be stripped by bubbling nitrogen or CO2 gas through or else lower collection gravities will reduce the perceived flavour of wort. The Czech Republic with stricter drink driving laws has many examples of such arrested fermentation brews.

Loads of publications have reported on tastings of nolos, on this page you can see a few of those that were deemed to be worth trying.

A Dutch IPA from vandeStreek; Lucky Saint is unfiltered; Thornbridge Big Easy; Big Drop and its prize winning Stout; BrewDog Nanny State; Heineken 0.0% and Clausthaler is back and better