What On Earth Are Hard Seltzers?

Should brewers be worried? 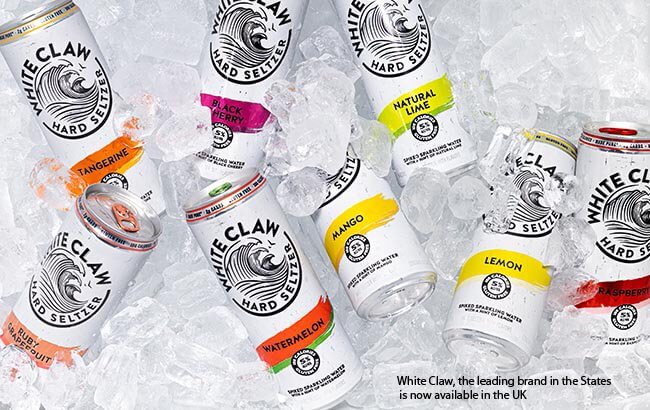 White Claw is the leading hard seltzer brand in the States

Well alcopops are back with a vengeance. Hard is an American term meaning alcoholic; they have hard ciders to distinguish from the traditional US cider which is apple juice and does not contain alcohol. A seltzer is a sparkling flavoured water. Another term you will see is ‘spiked seltzer’, alcoholic soda or hard sparkling water; anything to dissociate from that effervescent antacid analgesic!

Thus a hard seltzer is an alcoholic fruit flavoured fizzy water. Most are clear but in a hectic marketplace a tinge of colour is creeping in to help with product differentiation. Too much colour and punters might think they are sweet and calorific yet they are much lower in calories and carbs than the classic alcopop thus appealing to today’s more health conscious consumer. Most are in can at around 100 Kcals per can but you need to be wary that some are in 250mL slims, 330mL small or even US standard 12oz (354mL), so read the label.

Last summer had sales of these drinks in the States soaring. It is said that the main two brands with a whopping 85% of the market; the Mark Anthony Group’s White Claw (50% of the market) and Boston Beer’s Truly together sold over 100,000 barrels in the 4th July holiday week alone! Truly has overtaken beer in Boston’s portfolio. Over the year sector sales equated to over $1bn or 83 million 9 litre cases with growth of over 200% but the main penetration was the grocery sector with only 20% of bars stocking it. Claw is said to be a bigger brand than Budweiser. The category is predicted to exceed $2.5 billion in sales by the end of 2021 with 65 brands in the US market against 26 last year and only 10 in 2018.

The first example was SpikedSeltzer which appeared in 2013 only to be subsumed by Anheuser Busch a few years later and both of today’s leading brands debuted in 2016 so growth has been phenomenal. Will it happen here as well?

Now the brands are making inroads into the UK market. White Claw appeared in June just behind BrewDog’s lookalike Clean and Press in a promotion exercise not unlike the launch of the first alcopops in Britain back in the 1990s. Back then a boatload of Two Dogs, an alcoholic lemonade from Australia was on its way to the UK when Bass stole a march and got Hoopers Hooch into the marketplace long before the shipment got to Southampton. BrewDog says it brought its launch forward as it had space in the production program with Covid decimating on-trade sales during the lockdown. The base alcohol is vodka from the brewery’s own distillery infused with fruity flavours to make White Peach and Mango, Crushed Black Cherry, and Smashed Cactus and Lime variants.

The supermarket price is around £2.50 for a 330mL can which represents a nice little earner even once you have paid duty on the 5%ABV alcohol. Budget supermarket Aldi has own label 5%ABV Nordic Wolf at £1.29 in slightly less exotic Lemon, Strawberry & Lime, Cranberry & Cherry and Raspberry & Blackcurrant.

Drinks market analysts IWSR say the ready-to-drink (RTD) category was the fastest- growing global alcohol segment in 2019 and is forecast to remain so over the next five years. Its Brands Champions report has five million-case brands in the sector with White Claw joining Brown Forman’s Jack Daniels & Cola, Jack Daniels Country Cocktails and its New Mix tequila concoction as well as ready to drink Campari Soda. White Claw sales are so buoyant it is in process of opening a brand new facility at Glendale in Arizona and will launch in Australia in the autumn. 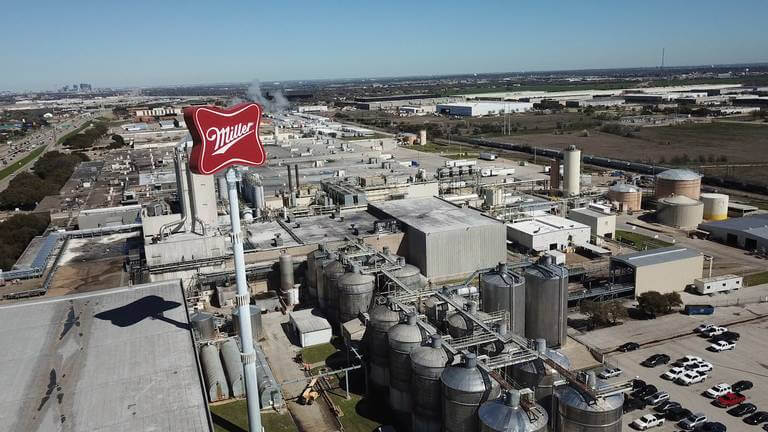 Still in the States Molson Coors plans to quintuple its seltzer capability at its Fort Worth plant for its existing Vizzy brand which has now been brought in house and a new one extending the Coors brand as Budweiser has done with Natural Light and Bud Light Seltzer on the back of its Bon and Viv. Constellation has Corona Hard Seltzer, Pabst Blue Ribbon’s Stronger Seltzer weighs in at 8%ABV and Four Loko Sour Seltzer at 14%ABV is hardly for the health conscious! Wine maker E&J Gallo has Barefoot made from a wine base and High Noon made from vodka.

Hard seltzers are easy to make from grain spirit or vodka but duty rules on both sides of the Atlantic will dictate the overall costs as they will be higher if spirits are used compared to fermenting the substrate from scratch. Bass used a base called Chateau which was a brewery fermentation of cane sugar with ammonium dihydrogen phosphate to provide the nitrogen nutrient requirement usually derived from a malt wort. Fermentation at 22oC will easily lead to a 10%ABV base even without using a distillers yeast. Production of so called fermented malt beverages was the base of early US alcopops using a light coloured malt which attracted beer rather than spirit duty. This would need to be treated with activated carbon and ultrafiltered to produce a clear product like Coors Zima which was a one million barrel brand back in its day (1993). If you wanted gluten free or gluten reduced you would have to add Brewers Clarex or similar enzymes. Some will add sterilised fruit puree to the fermenter so that they can say the tang did not come from a flavour house bottle. 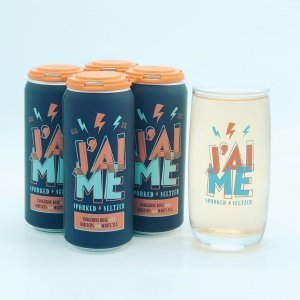 US rules demand anything paying beer duty has to go through a label approval process with the tax authorities, luckily anything brewed from sucrose is still duty charged as beer but there is no label approval needed. This quirk led to a rush of smaller US breweries piling in to seltzers during low levels of lockdown output. Indeed the Brewers Association helped by relaxing the definition of craft beer so as long as you are small (less than 6m barrels!) and independent and brew some craft beer you can dabble in as many other forms of alcoholic beverage as you like. Indeed Forgotten Boardwalk in New Jersey and its J’Aime Tangerine Rose with Hibiscus beat both market leaders Claw and Truly in the first national competition for such products. Being America, they are barrel aging while others are heaving in hops and chilli peppers as well!

So with a novel wellness cachet, are these hard seltzers here to stay or will their popularly fade like Hooch, Zima, Bacardi Breezer and Smirnoff Ice? Perhaps social media and catchy phrases like ‘there ain’t no laws when you’re drinking claws’ will invest some longevity amongst the target market. Some bars in the States have it on draught. Here next? Pundits stateside are punting that hard iced tea will be the next big thing over there, Boston Beer are already in with the market leader Twisted Tea.

Supposedly refreshing on a hot day, I am afraid I have to admit that your correspondent has yet to try one, days have not been hot enough!